With Thanks to John Grenham for bringing this to our attention....

After the National Archives first came out with its superb 1901 and 1911 census website (genealogy.nationalarchives.ie), a few innocent souls asked me when all the other Irish censuses from the 19th century would be going online. They’ll have their answer today.
This evening at 5.30pm, the Minister for Arts, Heritage and the Gaeltacht will be launching all of the Archives’ pre-1901 census holdings on the website. Before you swoon in ecstasy, let me clarify.
True censuses were taken in Ireland every 10 years from 1821, a full two decades before anywhere else in what was then the United Kingdom.
By the time the 1911 census had been completed, there were full sets of no fewer than eight censuses in existence, the earliest four transferred to the Public Record Office, the others still held by the Office of the Registrar-General, the body responsible for census-taking after 1851.
Then things started to go horribly wrong. ......

for the full article, please go to...

Posted by Crissouli at 11:39 No comments: 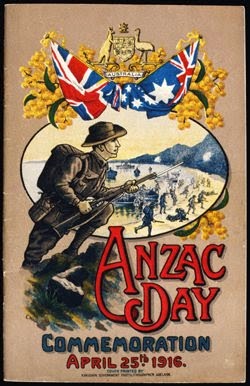 While great recognition is given to the Australian and New Zealand forces at Gallipoli on April 25, 1915, it is sometimes overlooked that forces from other countries were also involved.

Among the other countries forces at Gallipoli, were those of Ireland. However, there were many Irish born who wore the Australian uniform.

According to an item in The Irish Echo on the 21st April, 2014, more than 6,600 Irish-born men and women served in what was known as the Australian Imperial Force during the First World War. Almost 1,000 of them died in action or from wounds suffered in battle.

May I suggest just a few sites that will give you some idea of the Irish involvement in Gallipoli.

This is a booklet you can download free of charge that discusses just one division. 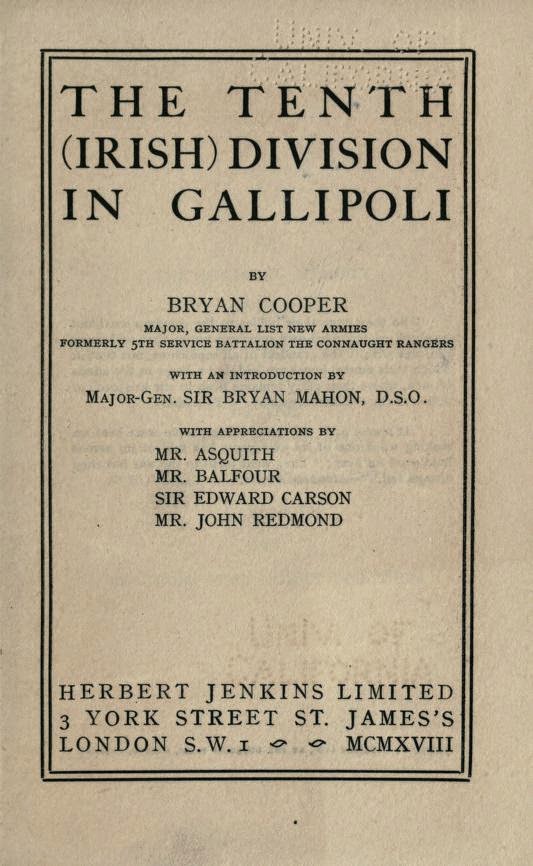 To search for Irish born who served in WWI in the Australian Forces,
please go to

BIRDS ON THE WIRES

BIRDS ON THE WIRES

This absolutely intrigued me and I just had to share...
please read the comments below, which are from the creator.

Reading the newspaper one morning, I saw this picture of birds on the electric wires. I cut out the photo and decided to make a song, using the exact location of the birds as notes. I was just curious to hear what melody the birds were creating.

This work was made over the original photo, un-retouched, published in one of the biggest Brazilian newspapers, "O Estado de São Paulo" on 27/aug/2009, and shot by Paulo Pinto (note: I just erased the birds for effect at the end, but didn't change their positions at all. What would be the point?).

I've made this short video to demonstrate my interpretation of the birds as notes.

Music made with Logic.
Video made with After Effects.

Email ThisBlogThis!Share to TwitterShare to FacebookShare to Pinterest
Labels: birds settling on the wires, composition of Jarbas Agnelli

It is well worth a look.
Posted by Crissouli at 22:24 No comments:

Please send any and all enquiries to Anthony Tierney as below... 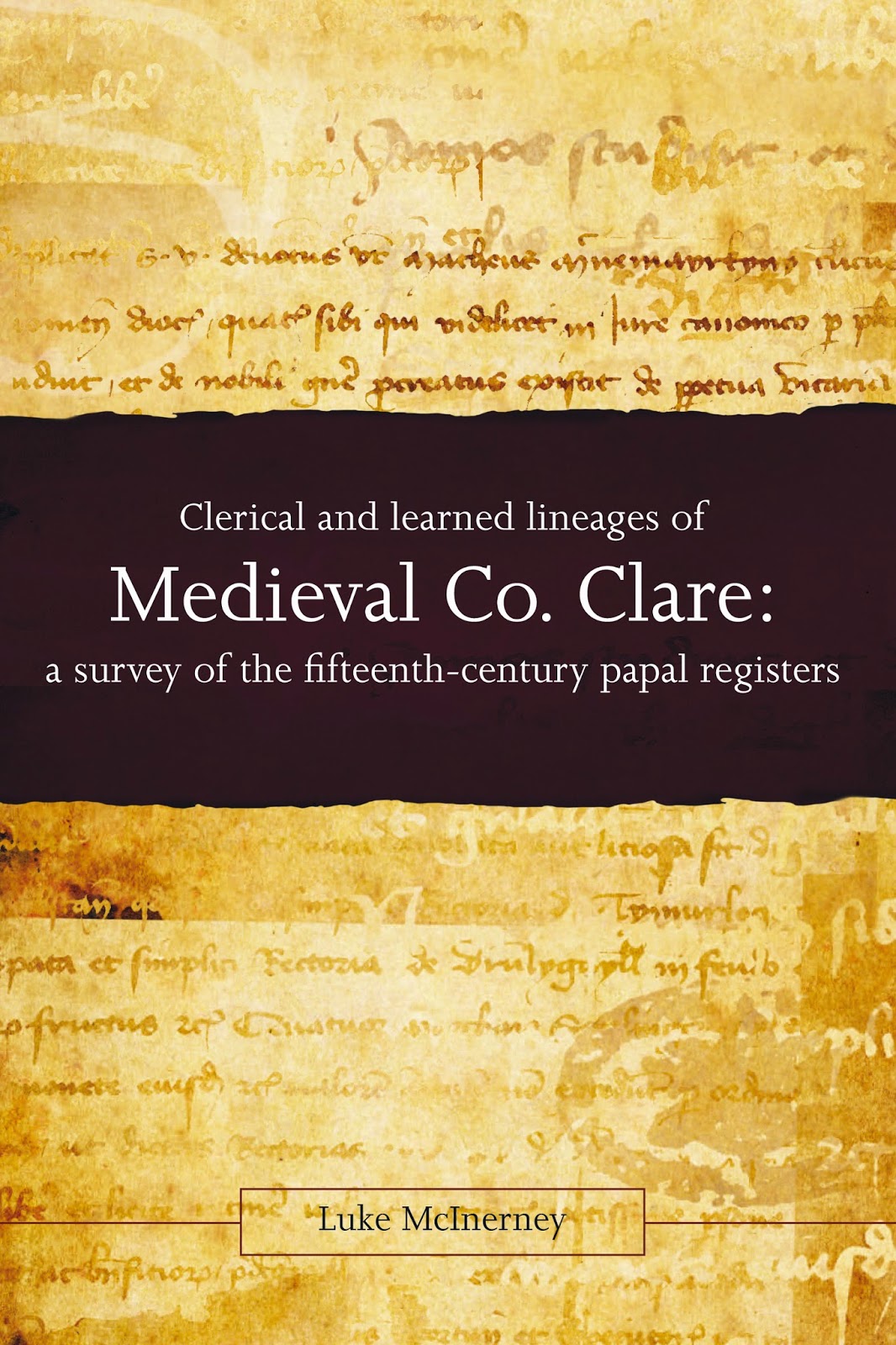 'Students of Irish church history, Gaelic cultural history, Irish historical geography, family and local history are all indebted to Luke McInerney for such a detailed and intensive examination of the ecclesiastical and learned lineages of Co. Clare in the late Middle Ages. Never before has the evidence for this county been brought together in such a comprehensive and detailed manner, and employed to answer such fundamental questions about medieval Irish church and society. This will certainly remain an invaluable reference work for many years to come.' Katharine Simms, Trinity College Dublin
This book takes as its core argument Robin Flower's proposition that there was an unbroken link between hereditary learned families and the medieval Irish Church. It develops the proposition by surveying fifteenth-century church appointments in Co. Clare. The study reveals how extensive those connections were and, despite reforms, there was no clear severance between the ecclesiastical world and the custodians of the native monastic church. The old clerical lineages remained material elements in the structures of the medieval Irish Church, alongside members of the learned class and aristocratic families. This survey provides a template for bringing all of this together, marshalling an array of original source materials in Latin, Irish and English. Many of the sources are printed for the first time and will be of interest to the historian, archaeologist and genealogist alike.

Luke McInerney is an independent scholar with an interest in medieval Gaelic lordship and society.

UPDATE:   You can read about the launch at 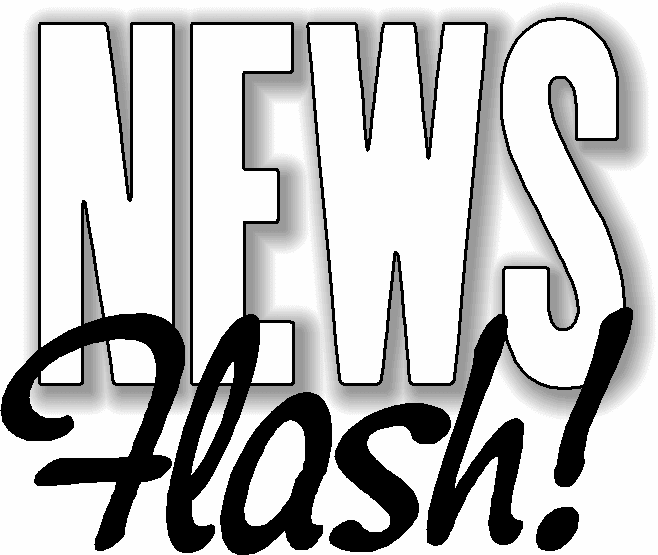 The National Archives of Ireland is finally going to add the census data from
pension applications to their website.
This is set to happen on April 28th.

This should prove to be a nice addition for researchers.

You can read the story on Claire Santry's blog:
http://irish-genealogy-news.blogspot.com/2014/04/exclusive-countdown-to-pre-1901-irish.html

Thanks to Christina Hunt for sharing this information...

Posted by Crissouli at 10:58 No comments:

What would we do without the work of volunteers who work so hard for fellow genealogists?
Here are the latest updates at IGP...

Obituary:  An interesting local personality has just passed away in the person of Mrs Anne (Nancy) Doherty, travelling by the Lough Swilly line from Derry.
The deceased was a humble woman, a fruit vendor and had the privilege within the station accorded her by the management.  Here she pursued her calling for almost a generation in quiet, decent industry, and she with considerable patronage and respect.  She was a worthy old soul, and her merits commended her to everybody who knew her.  Amongst her other privileges she was allowed to travel by the trams free.  Yesterday, the interment took place in the City Cemetery, and was largely attended by the working class.  Father McGeown officiated at the grave.
Derry Journal.  Monday:  February 19, 1906
_________________________
Patrick McAvoy
Aged:  64 years.
Died:  6 March, 1907.
Resided:  104 St. Columb’s Wells, Derry.
Born:  Co. Clare.

Posted by Crissouli at 16:37 No comments:

MICHAEL G.CONSIDINE... the man who helped O'Connell reign above Ennis... 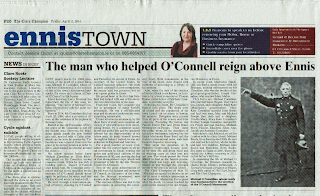 NOTE... CLARE ROOTS SOCIETY NEXT LECTURE... as per article in column on left hand side

Posted by Crissouli at 17:50 No comments:

I just adored this, thanks to Fran Jensen for reposting it...
a lovely interlude to our busy days...

IRISH WEDDING WITH A DIFFERENCE

What a wonderful surprise for this excited couple, courtesy of Father Ray Kelly, in Oldcastle, New Cavan...

He promised them a surprise, but they didn't expect what happened next...

Wishing them every happiness.
Posted by Crissouli at 22:28 No comments:

With many thanks to Margaret Spearin for the compilation of this list...

Wicklow
https://www.facebook.com/groups/wicklow/
Posted by Crissouli at 16:17 No comments: