THEY MADE THEIR MARK 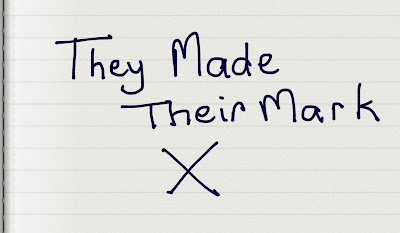 This page is dedicated to those former Irish citizens who made their mark in other countries...

If you have someone whom you would like to be featured, please contact me with all the details that you have for consideration. Copyright restrictions apply as always, but I am happy to provide links to authorised works of interest, whether it be on your own site or blog or an official publication.

Maybe you will find a connection to your own family here... I wish you well, and would love you to let me know if you do.

The following are a selection of items from the Australian Dictionary of Biography. The links below the names will take you to the actual articles, in Trove as well as the ADB.

MacNAMARA, FRANCIS (c.1810-1861+), convict, known as 'Frank The Poet', was possibly from County Clare, Ireland, although he was reported at his trial at Kilkenny in January 1832 to be 'a real Corkonian' in his speech.

KENNEDY, Sir ARTHUR EDWARD (1810-1883), soldier and governor, was born on 9 April 1810 at Cultra, County Down, Ireland, the fourth son of Hugh Kennedy and his wife Grace Dorothea, née Hughes. After study at Trinity College, Dublin, he was gazetted an ensign in the 11th Regiment on 15 August 1827.

CROWE, WILLIAM (1837?-1931), farmer, was born at The Glen, County Clare, Ireland, son of Thomas Crowe, farmer, and his wife Margaret, née O'Donnell. He was educated at the near-by town of Upper Kilbane, where he grew up with his maternal grandparents; he was still young when first his mother and later his father died.

KENNY, MICHAEL (1808?-1892), farmer, was born probably on 24 December 1808 at Six-Mile Bridge, County Clare, Ireland. He later claimed that in 1829, imbued with patriotism, he was involved in nominating the Liberal Daniel O'Connell for his election to the British House of Commons.