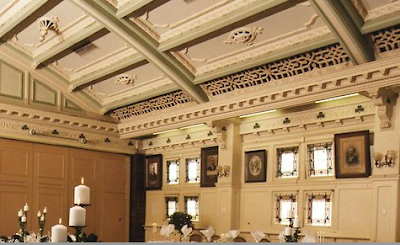 A small portion of the beautiful Tara Ballroom

You can read the history of the QLD Irish Association by clicking above.

This was one of the earliest entries in TROVE for the Queensland Irish Association, note that at that time, they were meeting in Queen Street, Brisbane. The President was Mr. Thos. (Thomas) O'Sullivan. 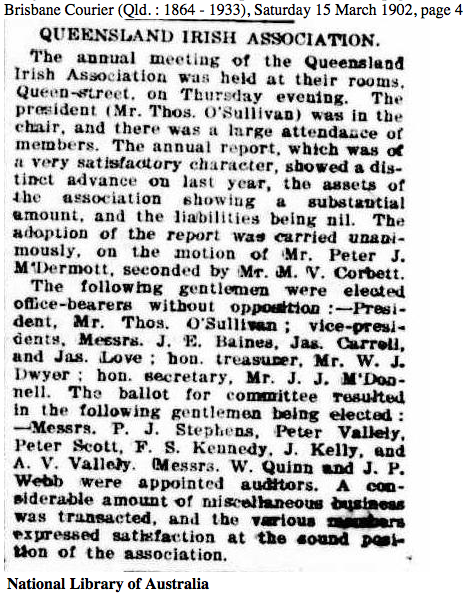 1906, the members of the QIA and their friends were a leading part of the social life in Brisbane.. their annual ball was attracting lots of attention. 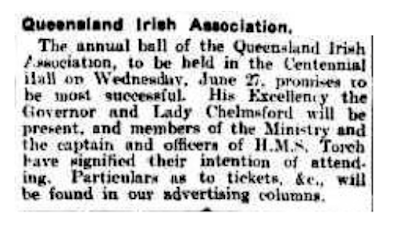 Moving on to 1911, the President is now Mr. P.J. McDermott.
They were busy raising funds, perhaps for the building of what became The Queensland Irish Club.

There are numerous articles in TROVE, many referring to the offshoots of the Association, including a Rifle Club, and a Literary and Debating Club. 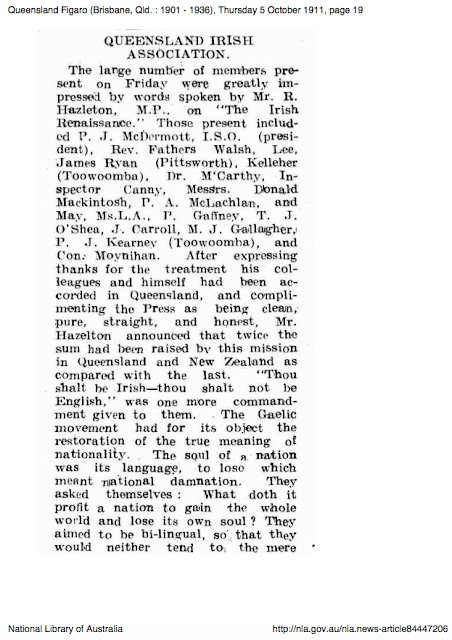 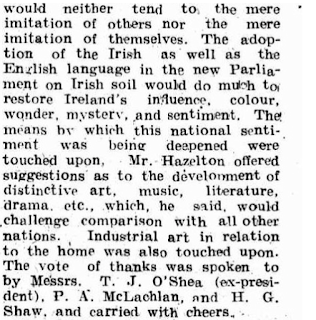 In 1916, other matters were taking the attention of the world. Still, a St. Patrick's Day dinner went ahead... with an interesting apology for non attendance... still, the dinner attracted 330 attendees. 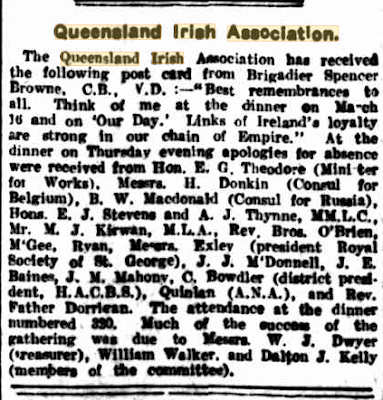 Sadly, the Queensland Irish Club is no more. There are numerous articles on the website and on Google for you to read the details. It has been a large part of Queensland and in particular, Brisbane's Irish history. Will it rise again, wiull the beautiful Tara ballroom remain intact? The answers are still unknown. I am so glad that I have had the chance to build my own experiences with the Irish Club.
Maybe, just maybe, it will rise again.

I will leave you with just a few photos of The Irish Club, from one of the Blarney Bunch Lunches. 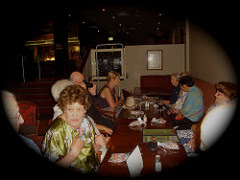 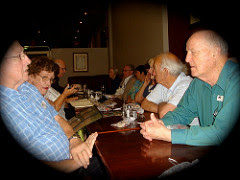 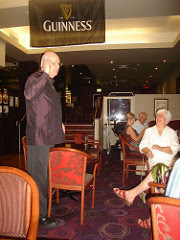 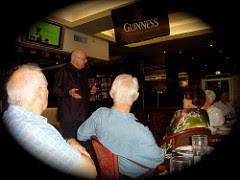 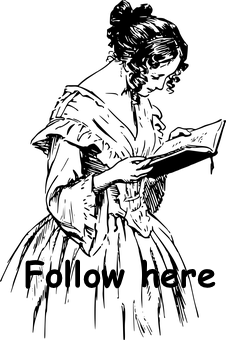